Tilly and I had a wonderful time filming up in Scotland at Tillys favourite place away from home, the beautiful Carrick Castle Estate in Argyll.

Weather conditions were very kind to us over the week, only one rainy day, and ideal strength winds made it easy for her to soar over the landscape, so cameraman Rod Clarke & producer Joe Tuck were able to get all the shots needed for their project, Tilly really enjoyed herself, and did some breathtaking flying, and at nearly twenty years old now, she has become a very experienced and accomplished flyer.

Thanks to Darius & Hannah Mellet, for making us so welcome as always, and the use of the amazing Hagglund all terrain vehicle, to get us and all the kit to the best spots for Tilly and the filming.

We had a great days filming with the team from Motion Impossible & Arri, and Rudi & Noah our Peregrine Falcons, who were chasing their soon to be released Agito Robotic Dolly System, at Charlton Park house in the Cotswolds.

The weather was perfect, and the Falcons loved chasing the camera system for the lure, the Agito worked superbly and with the new Arri head made it possible to get some stunning shots.

I had a wonderful time screening ‘Super Fast Falcons’ at this festival in the beautiful city of Savonlinna in Finland.

It was great to get to see it on a big screen, everyone loved the film, and I had lots of fascinating questions to answer in the Q & A afterwards.

Thanks to everyone involved for inviting me, and making me feel so welcome, and in particular to my good friend Juha Taskinen.

I certainly admire the Finnish way of life, and their close connection to the nature. 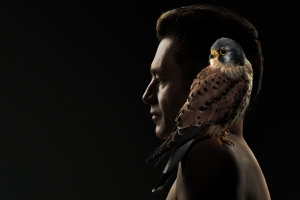 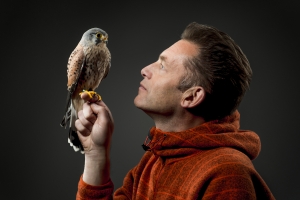 Hector our new young Tawny Owl is growing up fast and nearly fully feathered, he is flying well and learning fast, and really enjoying flying in our little woodland, a perfect habitat in which to film with him.

Like most birds, he loves music, and really enjoys listening to me playing the piano.

Tilly our nineteen year old female Golden Eagle has just filmed some groundbreaking footage, myself and Camera specialist Chris Watts travelled up to the beautiful Carrick Castle Estate in Argyll, where Tilly has flown many times over the past nineteen years, to test a new 360 on board camera for Chinese camera company Insta 360, the weather was very kind to us, stunning blue skies and good thermals for Tilly to soar on, the camera worked superbly, Tilly soared to an altitude of 4650ft, getting stunning images of herself and the landscape, and even managed to film herself air to air with a wild male Golden Eagle, something no one has ever achieved before.

We are really looking forward to seeing the finished footage when it is put together and out online soon, she is such a special bird, a real free spirit on the mountain, and such a strong flyer, we love the fact that it is what she has filmed herself, with no influence from me what so ever, just doing what comes naturally to her, she often stops on a crag for a little preen and  a rest, it is so interesting to get such a high quality view into her world that would otherwise be impossible.

Here are Dennis & Ernie showing off their vocal skills.

We were so excited to see the latest Natural World featuring Moses & Rudi, don’t miss your chance to see it on iPlayer.